At 11:59 p.m., the Ball begins its descent as millions of voices unite to count down the final seconds of the year, and celebrate the beginning of a new year full of hopes, challenges, changes and dreams.

In Times Square 2014, all 2,688 of the Waterford Crystal triangles introduced the new design Gift of Imagination and conclude in 2023 with the “Gift of Love,” each year the Waterford Crystal triangles will depict a “gift” – a theme of global aspiration whose value is universally treasured. The triangles feature a series of intricate wedge cuts that appear to be endless mirrored reflections of each other inspiring our imagination with a kaleidoscope of colourful patterns on the Ball.

For the 2019 New Year's Eve Ball, 192 new Waterford Crystal triangular glass panels will be featured and introduces this year's theme - Gift of Goodwill- a crystal cut pattern design that celebrates the thoughts, deeds and reflections that provide tranquility, peace and composure. 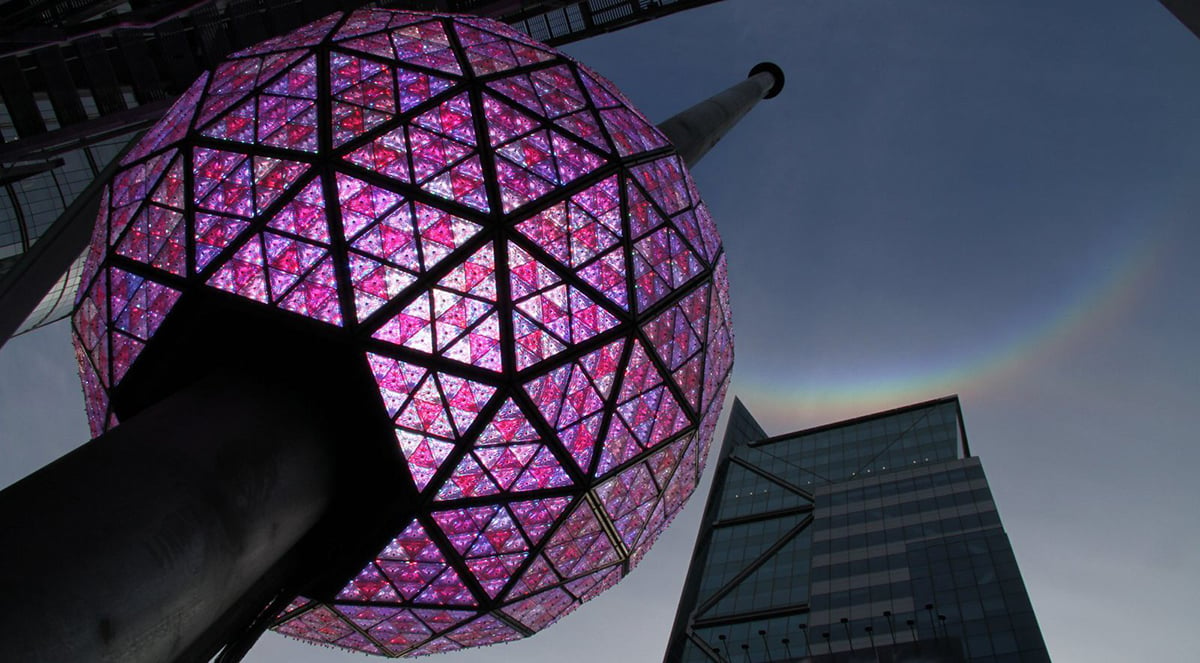 Perched high above Times Square, this crystal quilt-work of varying patterns will symbolize the World’s Greatest Gifts, serving as inspiration to all across the globe.