Tourism Ireland's 2014 series of 'Jump into Ireland' sales blitzes across the United States kicked off recently – in Atlanta (Georgia), Tampa and Sarasota (Florida). Together with a delegation of Irish tourism companies, including House of Waterford Crystal and Waterford Museum of Treasures, Tourism Ireland will once again 'pound the pavements' in the all-important American market this year – targeting hundreds of travel agents and influential journalists in key cities.

The recent sales blitz involved a busy schedule of B2B events, which included a brand new 60-minute TV show format highlighting Ireland to the influential American audience, as well as networking sessions with travel and lifestyle journalists – providing an excellent opportunity for the tourism partners from Ireland to showcase and sell their product to the key decision-makers they meet in the various cities.

Tourism Ireland also took the opportunity to introduce the Wild Atlantic Way to the travel agents and journalists attending the sessions in Atlanta, Tampa and Sarasota. Similar 'Jump into Ireland' events will take place in Fort Worth, Houston and Austin (Texas), during April; in Chicago and Boston, in September; and in Los Angeles, San Francisco and Seattle, in November.

Alison Metcalfe, Tourism Ireland's head of North America, said: "The United States is one of the most important markets for tourism to the island of Ireland and 2013 was a record year for American visitors to Ireland – even surpassing our previous best year of 2007. Our 'Jump into Ireland' events provide an excellent platform to spread the word about the many great things to see and do in Ireland and to raise awareness about the exciting programme of events taking place this year – including Limerick City of Culture, the Grande Partenza or 'Big Start' of the Giro d'Italia and, of course, the Croke Park Classic, when the University of Central Florida takes on Penn State in their college football season opener next August. Our 'Jump into Ireland' sales blitzes are also a really good opportunity for us to highlight the Wild Atlantic Way to our influential travel agent and media contacts across the US."

Tourism Ireland has an extensive programme of promotional activity in place to target the US travel trade right throughout 2014 – enthusing them about the destination through familiarisation visits to Ireland, workshops, travel agent training and webinars, as well as this series of sales blitzes. 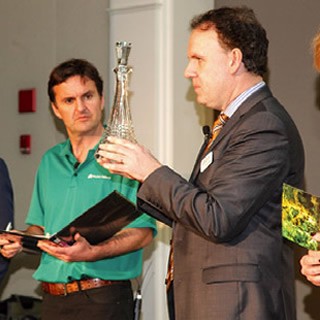