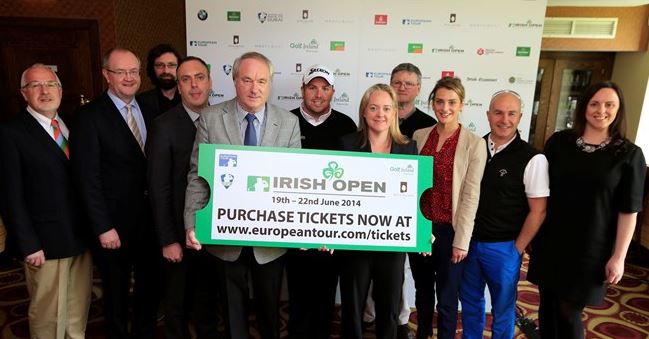 Irish golf’s biggest stars will be to the fore when the 2014 Irish Open takes place at Fota Island Resort from 19th – 22nd June, in front of an expected attendance of over 100,000 in what promises to be an unforgettable festival of golf.

The Irish Open is recognised as a significant showcase for Ireland’s golf tourism.  The event will be tracked by over 50 TV cameras and 120 TV production staff who will bring the famous festival of golf live to a global audience, with all eyes on Cork.

The event is a full field European Tour comprising the leading 156 European Tour Professionals and four amateur players.  It will take a combined force of 1,550 Irish Open staff and volunteers together with 70 European Tour staff to host the event, along with one chief referee and seven rules officials, who will oversee proceedings.

A 40 bay driving range and over 7,000 golf balls will keep the players busy in down-time and almost every ball hit across the weekend will be donated to Junior Golf Ireland and host venue, Fota Island Resort.  The European Tour will welcome over 200 international media and spectators are expected to travel from as far afield as the USA and Japan for the event.