On Saturday, 3rd of November, the Retail Excellence Awards ceremony took place in Radisson Blu hotel in Galway. The ceremony featured the top thirty of the most outstanding Irish stores, which made it to the final through the stiff competition of over six hundred shops.

The House of Waterford Crystal was nominated for this prestigious award, after the panel of independent observers recognized it for its outstanding customer service and overall excellence.

The Awards, which were hosted by TV and Radio personalities, Karen Koster and Anton Savage, were attended by the President of Ireland, Michael D. Higgins, who presented the awards. 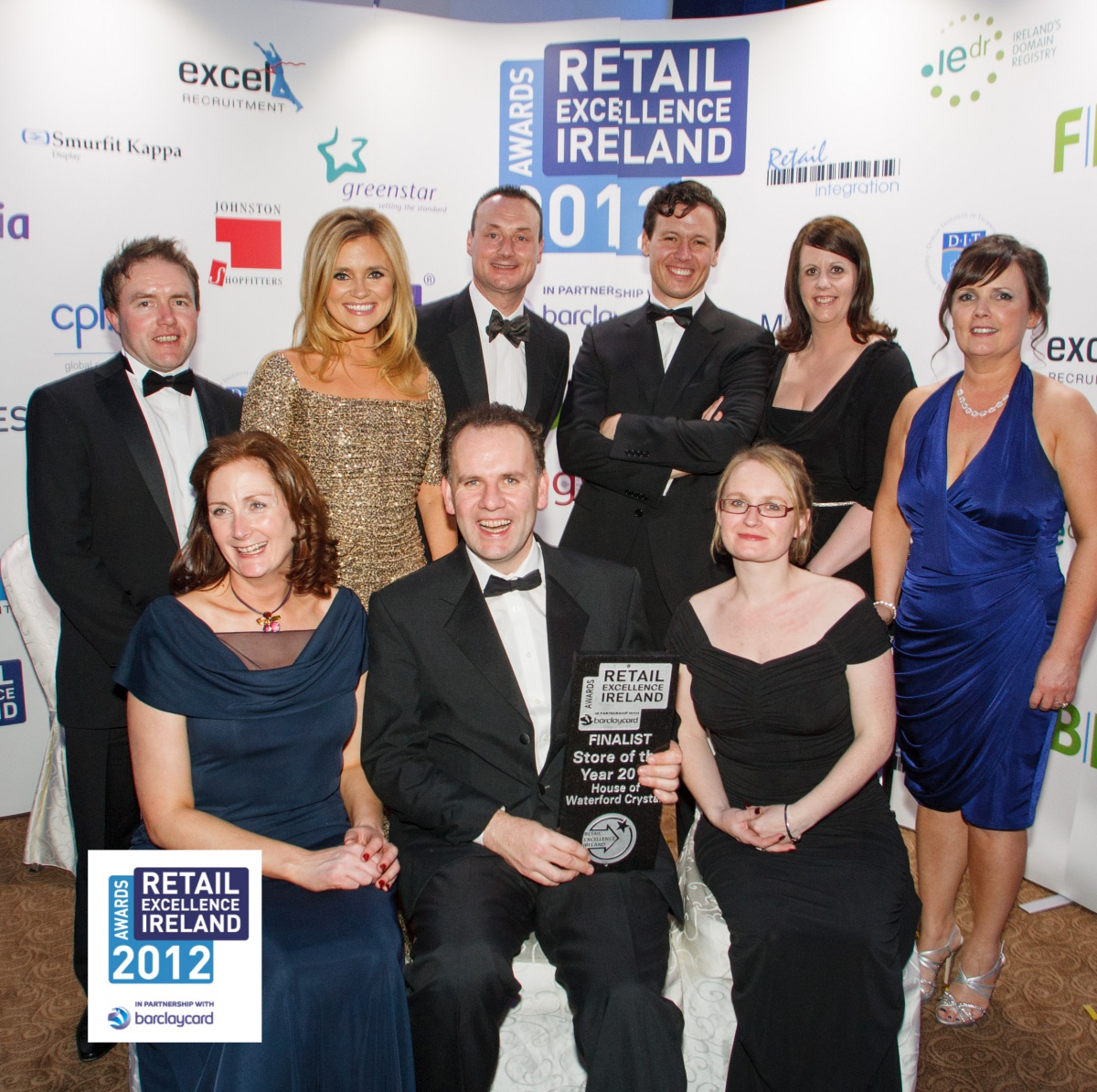 Speaking at the event, the President acknowledged, “Award ceremonies like this, give me great faith in the ability of our country to rise above current adversities and create new realities. The talents of our people combined with our strong sense of community spirit, inclusiveness and partnership are key strengths which will serve us well in delivering on the limitless possibilities that the Irish people are capable of achieving”.

The National Retail Store of the Year award went to The Food Store situated in Claremorris, County Mayo.

The event proved to be a sell-out and was attended by more than 500 representatives of the retail industry in Ireland. The Retail Excellence Awards are the biggest event in the Irish retail industry.