The House of Waterford Crystal  was delighted to welcome Carolina Panthers cornerback Charles "Peanut" Tillman to its brand experience. Charles along with his wife Jackie took the guided tour of the Waterford Crystal factory, where they saw up close the age-old crafts of blowing, cutting & engraving.

After the tour Charles had his picture taken with members of the Waterford team, with our Waterford Crystal American Football. Charles also had a pair of Waterford tumblers personalised in store by Master Craftsman Pat Boyce.

Charles "Peanut" Tillman is an American football cornerback for the Carolina Panthers of the National Football League (NFL). He played college football for the University of Louisiana at Lafayette. He was selected by the Chicago Bears in the second round of the 2003 NFL Draft. He played 12 years for the Bears, helping them reach Super Bowl XLI. 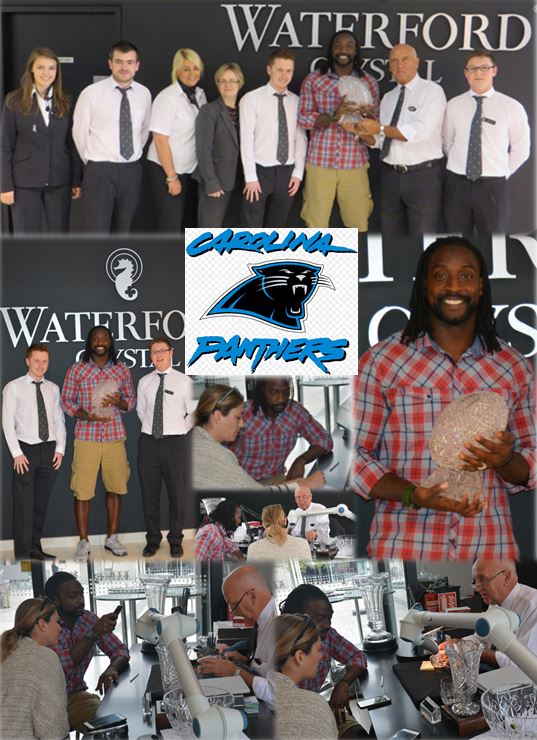