Did you know that the only large-scale, 9th century Viking settlement discovered in Western Europe is located just 9km west of Waterford city?

Likely to be the largest Viking settlement outside of Scandinavia during this period, Woodstown was established in the mid-to-late 800s, before the Vikings established Ireland’s oldest City, Waterford in 914.

The remains were discovered during the construction of a city by-pass in 2003. The site at Woodstown was ideally suited to the water-travelling Vikings as the network of rivers now known as the Three Sisters, provided ready access to Ireland’s inland counties. Finds at the site reflect the extent of Viking trading networks and include pieces of Irish-made jewellery, amber from the Baltic, silver coins from the Near East and weapons from Scandinavia.

The most exciting find at Woodstown was the discovery of a warrior grave, probably a Viking chieftain, which contained his sword, shield, spear, axe, knife and a ring-pin which he would have used to fasten his cloak. These fascinating grave-goods and other finds from Woodstown are on permanent display in Reginald’s Tower!

So many thrilling tales – of Vikings, High Kings and Heroes, Castles and Conquests – are written in the local landscape; you will find these fused into the story of Waterford and the evolution of Waterford Crystal.

To this day our craftsmen are fired by the history and legends around us, reinvigorating them in contemporary ways to create unique collections like The Vikings Lands in Waterford. 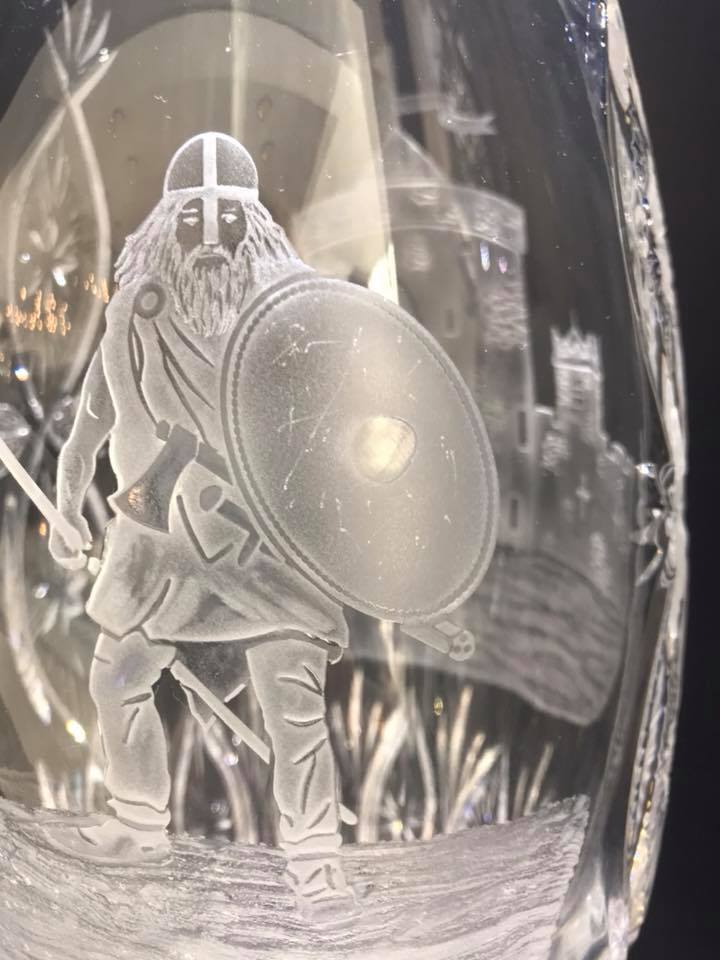