Read all about the latest and greatest news items right here on our blog.

Ireland’s tourism industry was celebrated at the Irish Tourism Industry Awards, where winners in 14 categories won awards for excellence and innovation. Minister for Tourism Shane Ross TD presented the Waterford Crystal trophies to winners at a gala event in the Clayton Hotel Burlington Road in Dublin.

Anthony Hamilton wins his first ranking title after 26 years as a professional and lifted his first ever trophy created at the House of Waterford Crystal. Hamilton defeated Ali Carter 9-6 in the final of the F66.com German Masters. The F66.com German Masters is a world ranking snooker tournament and was held at the Tempodrom in Berlin from February 1st – 5th. It was the twelfth ranking event of the 2016/2017 season.

Waterford’s Thomas Barr is the Beat South East Sports Star of the Year 2016. He won the accolade at the annual award ceremony which recognises achievement by sportspeople and teams from the South East region. Thomas was presented with the Waterford Crystal trophy to commemorate this acheivement.

The World Snooker Masters, sponsored by Dafabet is snooker’s most prestigious invitational event since 1975. It is regarded as one of the Triple Crown events, and is second longest tournament behind the World Championship.

Snooker’s second Triple Crown event began on 15th January and concluded on 22nd and has been staged at the iconic London’s Alexandra Palace in North London since 2012. The top 16 elite snooker players from around the world compete at this major event.

Now in its 43rd year, the People’s Choice Awards is the only major awards show voted on entirely by the public for fan favorites in movies, music and television. The People's Choice Awards honouring the best in popular culture for 2016, was held January 18th, 2017 at the Nokia Theatre in Los Angeles, California.

The ceremony was hosted by Joel McHale and was broadcast live on CBS. The show has been held annually since 1975 and is voted on by the general public.

The House of Waterford Crystal is proud to have been short-listed for the Irish Tourism Industry Awards 2017, in the category of Best Cultural Experience – Large.

Winners will be announced at the Gala Event on Friday, February 3rd at the Clayton Hotel in Dublin. The Awards are a celebration of excellence within our Industry. 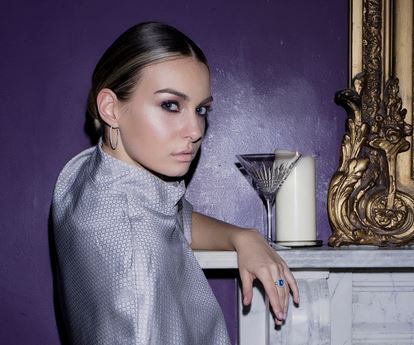 If you’re looking for that special gift or some self-indulgence, why not sample the new range of jewellery at Waterford Crystal?

Lismore Pops - A splash of colour to our Number One Collection

Our new Lismore Collection brings a pop of colour to our best-selling pattern. Lismore Pops is an exciting collection of barware and accessories alive with contemporary shapes, jubilant colours and the unmistakable allure of Lismore. Whether you need shot glasses, champagne flutes, or tumblers, this collection delivers.