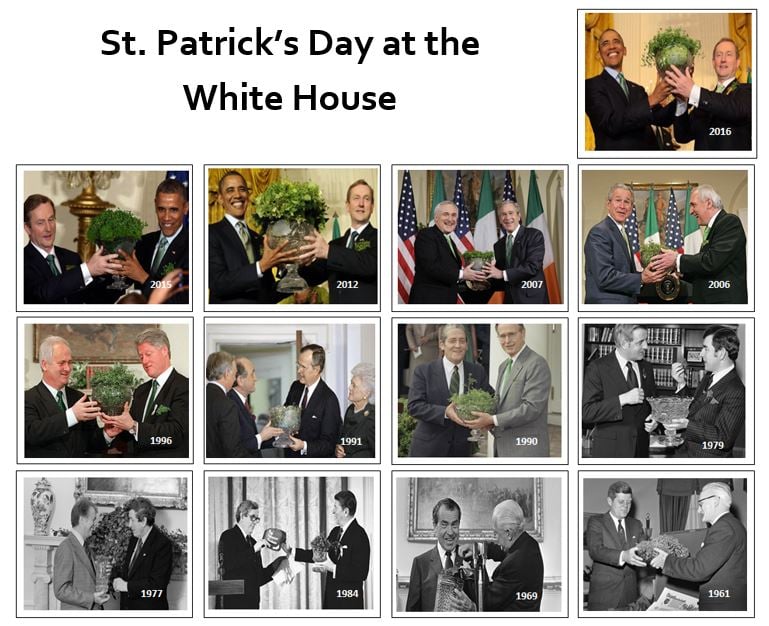 Waterford Crystal's White House connection dates back to 1961 when Dot Tubridy initiated the annual tradition of presenting a Waterford Crystal bowl of shamrock in the Oval Office on St Patrick’s Day.

Dot Tubridy was a long time friend of the Kennedy family. This friendship began when Dot and her husband Michael traveled to New York for an international show jumping competition and met Ethel Skakel whom later married Robert Kennedy. Dot's husband Michael was a renowned show jumper with the Irish Army's equestrian team. Tragically he passed away in a riding accident at the age of 31. Following his death, Dot spent some time with Robert & Ethel Kennedy recuperating from her loss. She was offered a job and became Waterford Crystal's PR representative in the US market, appearing on many US radio and television shows promoting Waterford Crystal. As well as this, Dot became an unofficial ambassador for Ireland, which she was later recognized for in 1989.

Dot had a natural flair in PR and established a number of important opportunities for Waterford Crystal. She became friends with Bing Crosby which led to Waterford producing trophies for his famous charity golf classics. Dot is credited for creating the Shamrock Bowl tradition which continues to this day. 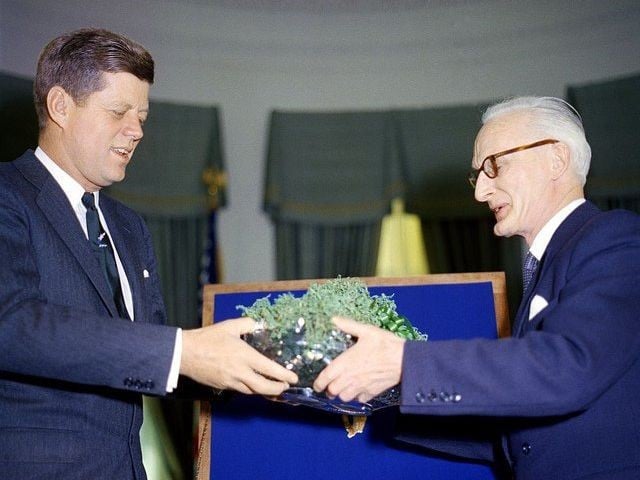 Dot also inspired President Ronald Reagan to purchase 200 Waterford biscuit bowls for friends during his time in office in the 1980's. It is said that Dot's friendship with the Kennedys inspired JFK's visit to Ireland in 1963.

Dot passed away in 2018 at the age of 92. In 2019, members of the Kennedy family traveled to Trim, Co Meath, for the opening of an exhibition dedicated to Dot. The Exhibition 'Dear Dot' displayed over 10,000 pieces of pictures, letters and memorabilia from Dot's personal collection. Some of the letters contained correspondence from JFK, Arnold Schwarzenegger and Bing Crosby to name a few. Waterford Crystal created a footed bowl to commemorate the opening of the 'Dear Dot' exhibition. The piece featured the Kennedy and Tubridy Crests as well as Dot Tubridy's favorite saying 'May the Road Rise With You and the Wind Be at Your Back'. 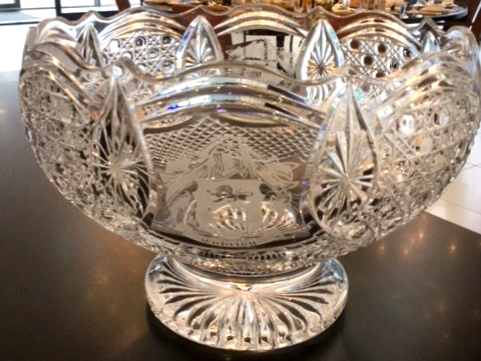 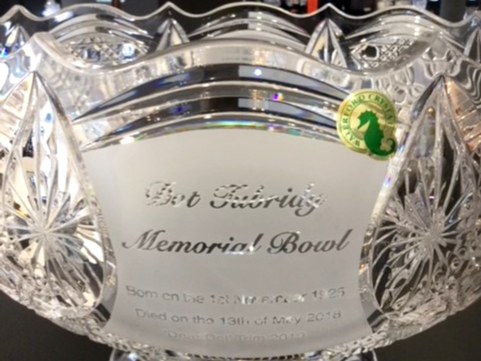 Over the years there have been many pieces of Waterford Crystal exchanged, including a Waterford Boat Bowl which was given to President Elect Joe Biden in 2013 when he was inducted into the Irish America Hall of Fame. 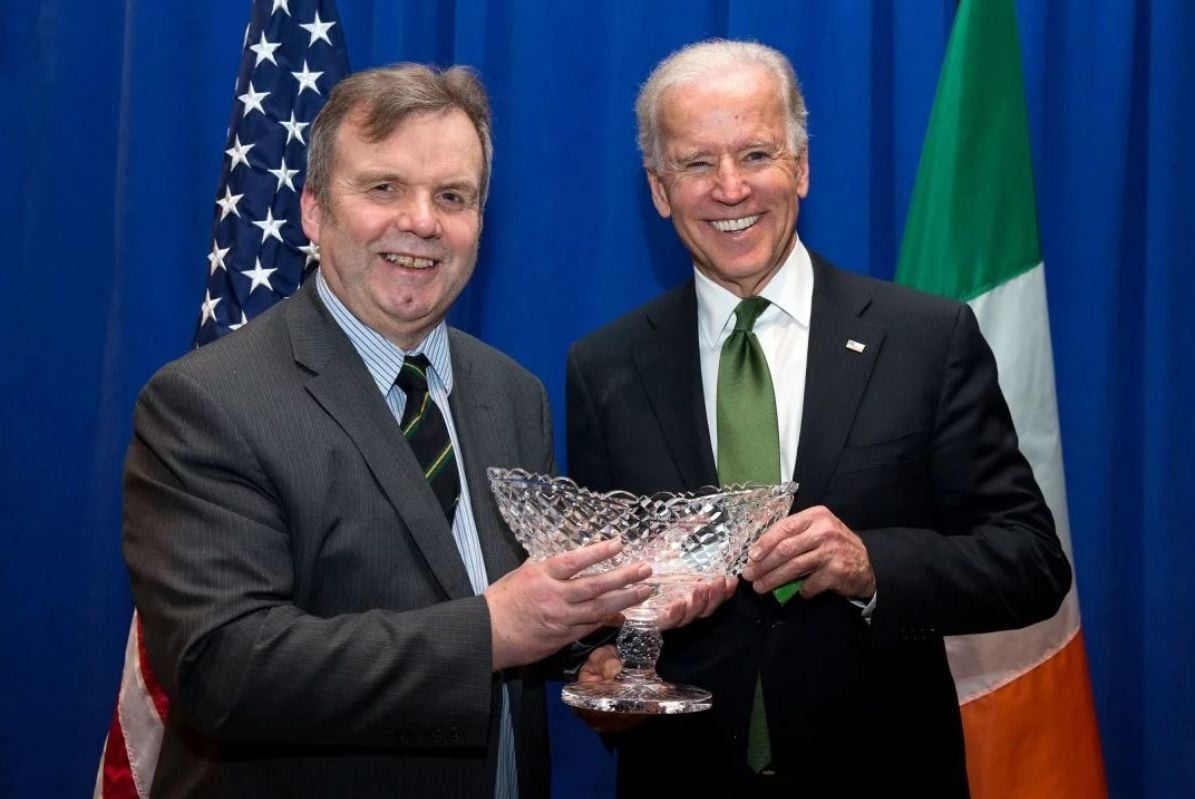