Did you know that Waterford Crystal has been fitting the Times Square Ball with brilliant crystal panels since the 2000 New Year’s Eve Celebration?

This inaugural New Year’s Eve bash, held in 1904, commemorated the official opening of the headquarters of The New York Times with a fireworks display at midnight. Two years later, when the city banned the fireworks display, The Times arranged to have a large, illuminated seven-hundred-pound iron and wood ball lowered from the tower flagpole precisely at midnight to signal the end of 1907 and the beginning of 1908. Since that time, hundreds of thousands of people have gather around the Tower, now known as One Times Square, for the famous New Year’s Eve ball-lowering ceremony, as millions nationwide and nearly a billion watching throughout the world unite to count down the final seconds of the year.

2022 will mark the 22nd time that Waterford Crystal has been a part of the most iconic New Year’s Eve tradition.. and it keeps getting better! Each year, millions of eyes from all over the world are focused on the sparkling Waterford Crystal Times Square New Year's Eve Ball. At 11:59 p.m., the Ball begins its descent as millions of voices unite to count down the final seconds of the year, and celebrate the beginning of a new year full of hopes, challenges, changes and dreams.

In Times Square 2014, all 2,688 of the Waterford Crystal triangles introduced the new design Gift of Imagination and conclude in 2023 with the “Gift of Love,” each year the Waterford Crystal triangles will depict a “gift” – a theme of global aspiration whose value is universally treasured. The triangles feature a series of intricate wedge cuts that appear to be endless mirrored reflections of each other inspiring our imagination with a kaleidoscope of colourful patterns on the Ball.

For the 2022 New Year's Eve Ball, 192 new Waterford Crystal triangular glass panels will be featured and introduces this year's theme - GIFT OF WISDOM. This year’s “Gifts of Wisdom” design will be included next to the past designs including last year’s “Gift of Happiness” pattern. 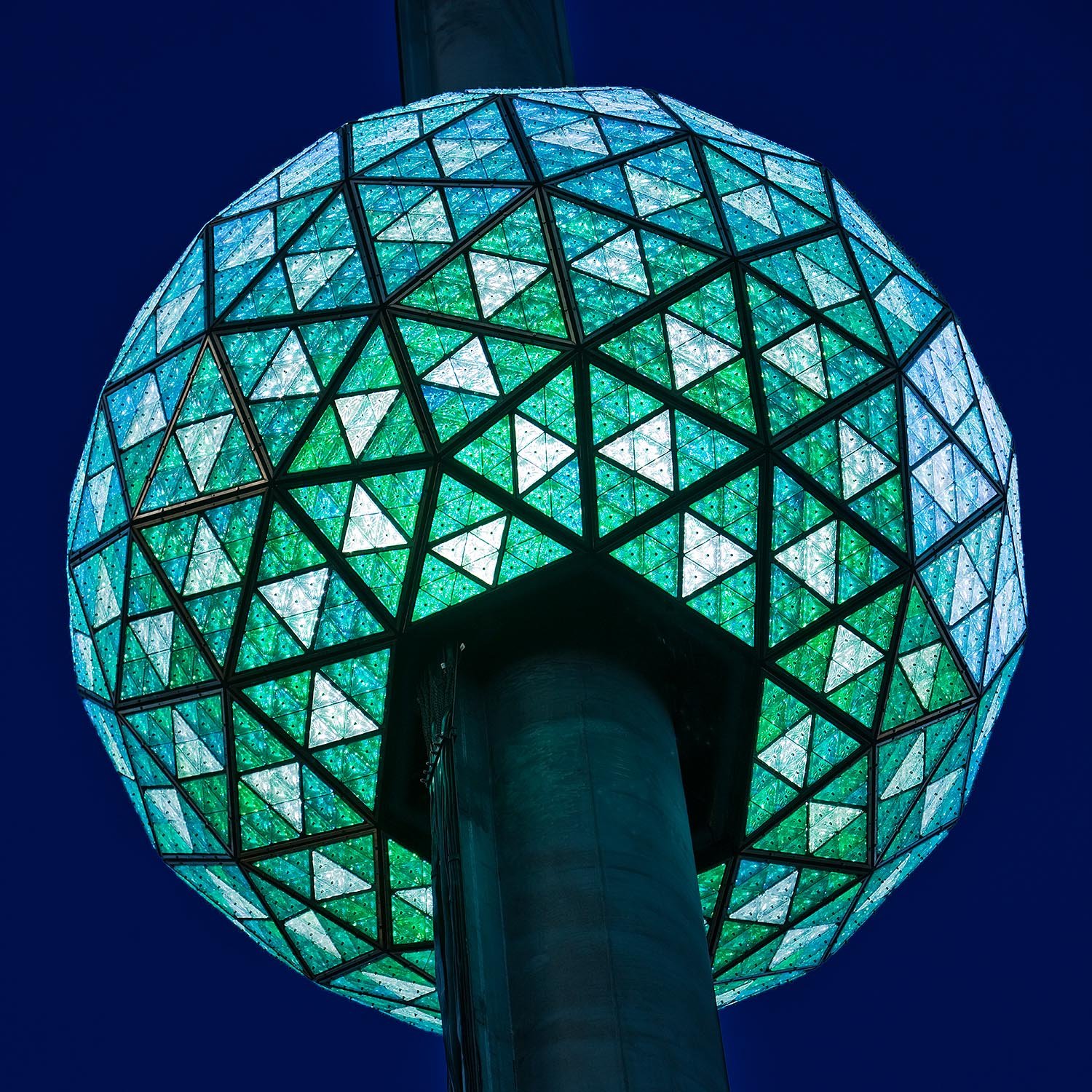