Top 5 Things To Visit In The Viking Triangle

Waterford City is steeped in history, from it's Viking roots to the beauty of Georgian & Victorian times in Waterford.

We've highlighted 5 of the things you have to visit in the Viking Triangle - all are within walking distance of The House of Waterford Crystal! Discover Waterford's heritage in glass making then step back in time as you stroll through Ireland's Oldest City!

1: A Photo With Strongbow & Aoife

This commemorative sculpture depicts the marriage of Strongbow & Aoife which took place in Waterford's Viking Triangle in 1170. Strongbow invaded Waterford at the request of Dermot McMurrough, King of Leinster, and in return was offered Princess Aoife's hand in marriage along with all of her inheritance of land. Located next to The Bishop's Palace, it's the perfect picture pit-stop!

The Bishop's Palace was built in 1743 and functioned as the residence of the Anglican bishops of Waterford up until 1919 when it then became a boarding school until 1967. The building was magnificently conserved and opened to the public in 2011. It is laid out as a historic house and displays many 18th Century treasures such as glass, silver, furniture, paintings and the oldest piece of Waterford Glass in the world - the Penrose decanter. Visitors can take a tour of the house accompanied by a historic costumed tour guide or explore with a handheld audio visual guide. The Bishop's Palace newest experience, '4D Masterpieces In Glass', traces the history of glass making in Waterford right back to the 1700’s. A perfect pairing with our House of Waterford Crystal factory tour. 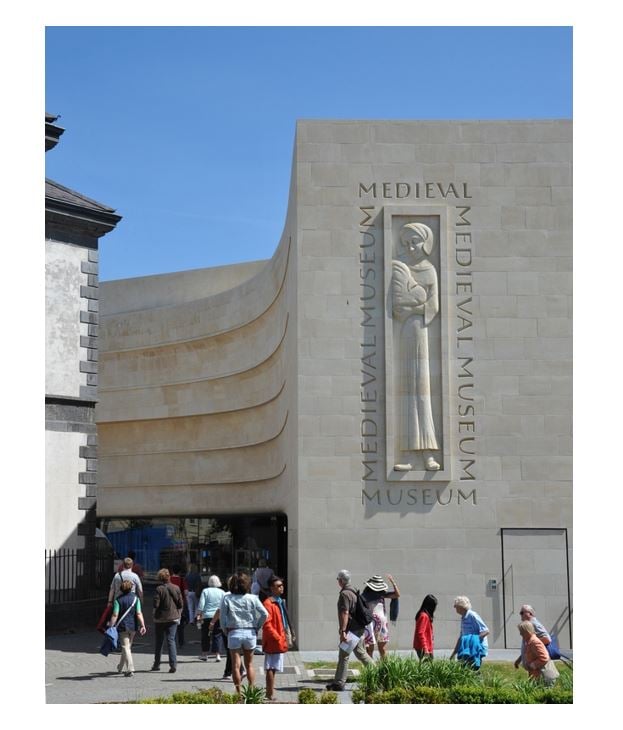 The Medieval Museum is Ireland’s only purpose-built medieval museum and the only building on the island to incorporate two medieval chambers, the 13th century Choristers’ Hall and the 15th century Mayor’s Wine Vault. The museum is home to a number of special artifacts such as the Sword of Edward IV, the Waterford Gold Cloth of Vestments - the only full set of medieval vestments to survive in northern Europe, and the Luker Chalice - made of silver and gold, it is the oldest surviving Waterford chalice in existence. The museum also houses Ireland's largest display of  medieval royal charters.

The King of the Vikings is the world's first viking virtual reality experience and one not to be missed! Built inside the ruins of a 13th Century Franciscan Friary on Bailey's New Street, Visitors can step into an authentic reconstructed Viking house where they are then transported back to the time of the Vikings using cutting edge virtual reality technology. An adventure you have to experience! Be sure to check out ' The Dragon Slayer' viking sword sculpture here too - It's the world's largest wooden sword sculpture and was sculpted by John Hayes and James Doyle in 2017! 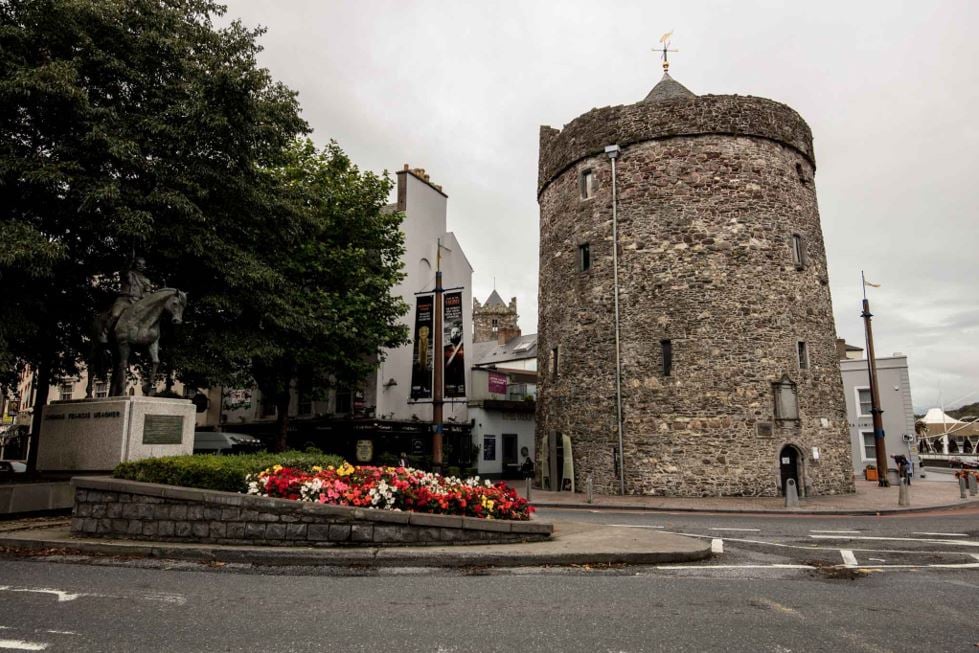 Further down The Mall sits Reginald's Tower - Waterford’s landmark monument and Ireland’s oldest civic building. The first tower was built by the Vikings after 914. It was re-built by the Anglo Normans in the 12th Century, and the top floors were added in the 15th Century. It has been in continuous use for over 800 years and served as the strongpoint of Waterford's medieval defense walls. The tower now allows visitors the chance to view its Viking Waterford exhibition, containing numerous Viking treasures such as the kite brooch and a viking warriors sword. If you look closely at the external wall, you might even spot a canon ball that has been stuck there since 1650!