On Tuesday 21st February, Mr. Azwindini Jeremaih Ndou, South African Ambassador to Ireland visited Waterford City and the House of Waterford Crystal. During his visit, Ambassador Ndou was taken on a private tour of the manufacturing facility where he was shown up close the traditional crafts of crystal making. 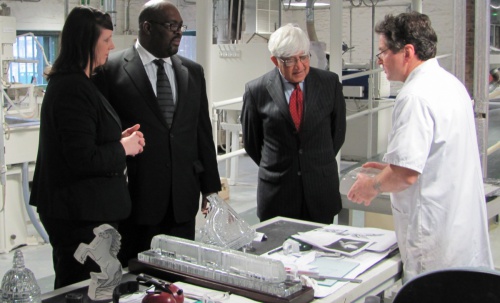