Ronnie O'Sullivan showed why he is called Rocket as he earned a record-equalling sixth Masters title against Barry Hawkins 10-1 in the final at London's Alexandra Palace on Sunday.O'Sullivan won the exquisite Waterford Crystal trophy, that has become synonymous with the event over the course of the past decade.

In 2004 the World Professional Billiards and Snooker Association commissioned Waterford Crystal to create a bespoke perpetual trophy for snooker’s most prestigious invitational event.

The team at Waterford, renowned for their quality of design and craftsmanship, worked to recreate the concept of a ‘nest of 15 snooker balls in a triangle, in an upright position’. The completed trophy stands at 12 inches tall, sitting on a two inch wooden plinth and weighs in at 9kg. It is sculpted from a solid block of highly polished leaded crystal and has become one of the most sought after trophies over the course of the past 13 seasons.

Matt Kehoe, head of design at Waterford said, “We enjoy the design challenge that a new trophy presents. The final trophy has a beautiful elegance, sparkle and stature, fitting for this great tournament”.Kenny McEvoy, Master Sculptor who sculpted the piece, said “Creating a beautiful piece like this, takes time and persistence, in order to ensure the final piece captures the likeness associated with this iconic shape”.

More recently, the WPBSA again commissioned Waterford to design a new trophy for the Paul Hunter Classic event in August 2015, which was won by Ali Carter at the tournament in Fuerth. 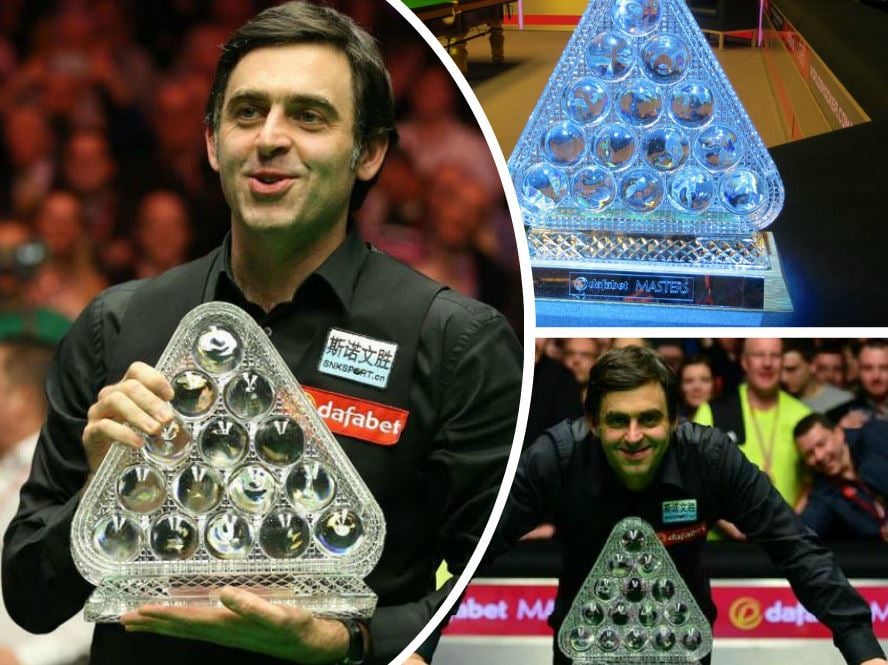