Congratulations to Ronnie O'Sullivan, who claimed the 29th ranking title of his career at the 2017 English Open with a 9-2 demolition of Kyren Wilson in the final in Barnsley. Waterford Crystal, one of the leading world brands in premium crystal, was selected by the WPBSA to produce the trophies for the new World Snooker Home Nations series.

The Home Nations series for the 2017/18 season, compromises of  the English Open, Northern Ireland Open, Scottish Open and Welsh Open tournaments. A  trophy was commissioned for each tournament, with each named after a snooker legend hailing from that particular country.

This unique piece, the Steve Davis Trophy was designed by Waterford Crystal and  features the rose on its front representing the symbol of England and also features the logo of the WPBSA. 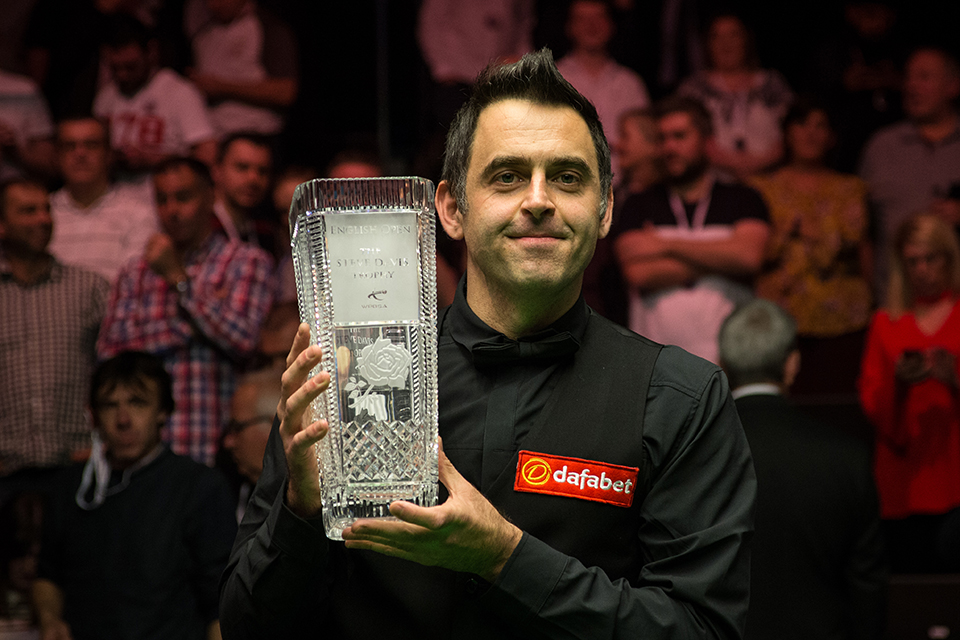