The People's Choice Awards recognizes the people and work of popular culture in movies, television, and music. The show has been on air since 1975 and the general public votes for the winners.

40 million votes were cast to pick new categories and determine the nominees for the annual awards show that celebrates fan favourites in movies, music and television. Waterford Crystal, the official designer and manufacturer of the People’s Choice Awards trophies, creates the one-of-a-kind custom award.

This year is sure to be a great one and many of your favourite stars will be in attendance including, Robert Pattison, Ian Somerhalder, Paul Wesley, Ewan McGregor, Emma Stone, Jason Segal, Ellen Degeneres, Morgan Freeman, Joe Jonas, Zachary Levi, Adam Levine, Sharon Osbourne, and many more. 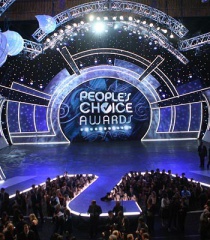 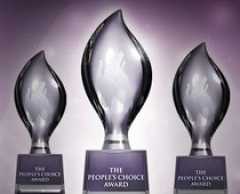