Pat Whelan is a Master Blower at the House of Waterford Crystal. This craft involves great skill, dexterity and timing, providing dramatic theater as the glass shape -shifts. It takes 8 years training to master the craft of blowing.

Pat Whelan as young boy had a plan. "My plan at 14 years of age was to leave school, continue to train as a boxer like my Dad Billy, who was a professional boxer", explains Pat.  "And I wanted to get a job to save to go to the Woodstock Festival in Up-state New York in 1969".

Pat and his best friend got a job here in Waterford city in a local company called Snowcream, where they saved every penny they earned to purchase their tickets to see the greats like Jimi Hendrix, The Who, Sanatana, Crosby, Stills Nash and Young, perform at Woodstock. Alas this dream was not to be Pat and his pal had not taken in to account that they could not board an international flight as minors without an adult!

So instead of rocking out to his hero’s at Woodstock’69, Pat began his career at Waterford Glass on the 17th August 1969, that date is etched in his mind for many reasons. Pat started work in the Johnstown factory where he started in the blowing area, which was supposed to be a temporary position. The plan was that Pat would move in to the cutting shop after six months, however this transition never happened. Pat loved the blowing area and the craftsmen he worked with took him under their wing and trained him up to become a blower. Starting with gathering from the furnace, blowing the small ball to start the piece right up to gathering and blowing the full piece.

Pat loved the physicality of the job, Pat’s expertise is working on the large heavy pieces, he trained with artisan craftsmen from Italy, Germany and the Czech Republic along with the Irish Craftsmen. The heat in the factory is one of the outstanding memories Pat has of those first years in Johnstown, to combat the effects of the intense heat on the workers, the workers were issued with salt tablets to replenish the salts lost from their bodies during their shift.

In 1973 Pat along with some other Master Blowers, was recruited to go to the Waterford Crystal plant in  Dungarvan, in county Waterford  to train them in blowing the large pieces. Pat worked in the Kilbarry plant in K1 right up until it closed in 2009. Pat was delighted to return to what he does best when we reopened here on the Mall in Waterford in 2010.

Out of all the thousands of trophies and large bespoke pieces Pat has created,his  favourite was a piece that he blew for the actor Larry Hagman aka J.R. Ewing of Dallas. The piece was a crystal version of the of a Texan Stetson, a spectacular piece, a piece Pat is very proud to have been a part of. Pat has met many celebrities during his time at Waterford including Sir Cliff Richards who Pat remembers flying in by helicopter on a couple of occasions and Pat remembers well the excitement of the ladies upon Cliffs arrival at Waterford Crystal. But of all the celebrities that Pat has seen pass through Waterford Crystal the one standout or 'knockout' VIP visitor for Pat was the visit of Floyd Patterson, (Boxing World Heavy weight champion). Pat got to meet and chat to Floyd, due to Pat’s boxing heritage it was a very proud moment, he can recall without hesitation and with great fondness.

Pat is now in his 51st year as a blower, he is one of our longest serving Master blowers here at the House of Waterford Crystal. Pat can be seen here at the factory working on our beautiful production pieces but his real passion is for the bigger pieces like our trophies and one-off bespoke pieces. Who knows what would have happened if he had been able to attend that Woodstock Festival all those years ago, it would have been a very different summer of ’69 for Pat, and Waterford Crystal would have missed out on an amazingly talented craftsman who is very passionate about his craft. 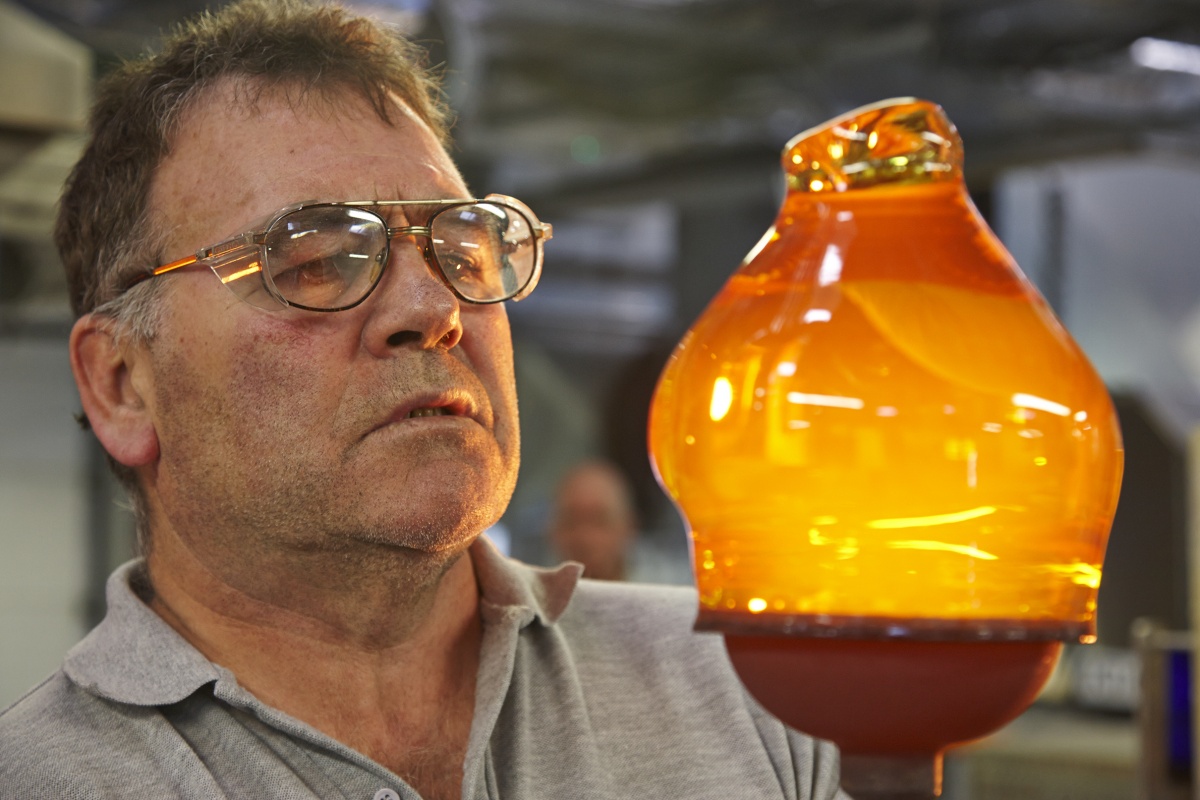