It was Lady Gaga to receive the honour of being selected to the annual ball dropping ceremony in the New Year in Times Square. Lady Gaga and Mayor Michael R. Bloomberg were dropping the ball in New York City in the New Year’s Eve on Saturday night, December 31, 2011. The popular singer was counting down the final seconds to the New Year 2012, ready to drop the Waterford Crystal ball comprised of 22,000 LED lights in the very beginning of the year 2012 in front of thousands people and Little Monsters. The Waterford Crystal ball has dimension of 12 feet in diameter that weighs 11,875 pounds.

Before the ball dropping, Lady Gaga performed songs on the artistic stage. Besides joining Mayor Bloomberg, Lady Gaga also took the stage to give performance for the people lining the NYC streets and millions of viewers watching the Dick Clark’s New Year’s Rockin’ Eve show hosted by Ryan Seacrest at home.

Other artists who performed on the stage are Justin Bieber, Florence and The Machine, LMFAO, Pitbull, and The Band Perry.

To welcome in 2012, the kooky singer put on a stellar show right in front of the more than one million revellers gathered in Times Square in New York. Lady Gaga was seen plenty of effort into her performance since she didn’t disappoint her fans.

Lady Gaga, before push the button to drop the Waterford Crystal ball, kissed the ball attached to the button. When the countdown time is being activated, the 25-year-old singer was on hand to help New York City Mayor Michael Bloomberg to activate the New Year’s Eve ball drop.

Just after the Waterford Crystal ball is dropped, Lady Gaga was seen kissing the Mayor Michael R. Bloomberg to celebrate the arrival of New Year 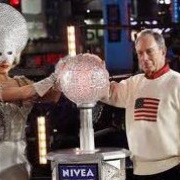 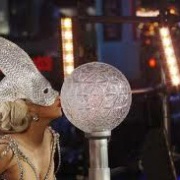 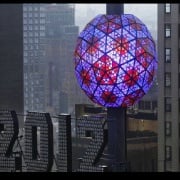