Niamh Briggs, captain of the Irish Rugby team was presented with a Waterford Crystal Rugby ball to commemorate leading her team to the Women’s Six Nations Championship victory. Captain Briggs, Ireland's goal-kicking full-back, scored their first try of the day on her 50th international cap.

During her visit to the House of Waterford Crystal, Niamh was taken on a VIP tour of the manufacturing facility, where she was shown up close the craft of blowing crystal. Niamh took the opportunity to blow a piece of crystal herself. Later on the tour, Niamh donned a white coat and tried her hand at wedge cutting.

A native of Dungarvan, Co. Waterford, Niamh has won a number of individual awards, including the Rugby Writers of Ireland and Munster Rugby honours. She was voted scrumqueens.com World Player of the Year for 2013.

'Briggsy', who comes from a sporting family and is a former Waterford Gaelic footballer, works as a Garda in Limerick where she plays for UL Bohemians. Her rugby career started at Dungarvan RFC, aged 21, before she linked up with Clonmel RFC at senior level. 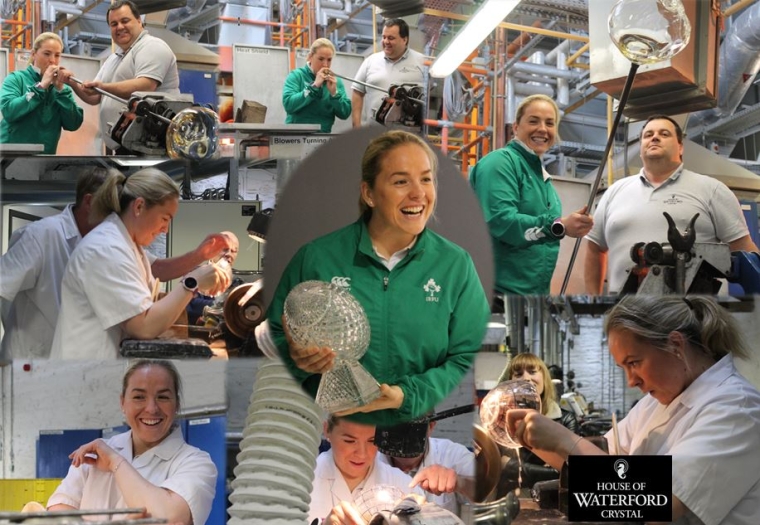