The House of Waterford Crystal were the proud sponsors of the Viking Marathon that took place in the city of Waterford on Saturday, 30th June, providing the array of trophies for the most outstanding athletes and winners of the marathon. All crystal pieces were specifically designed and manufactured for this event in the new Waterford Crystal manufacturing facility in the heart of Ireland’s oldest city. 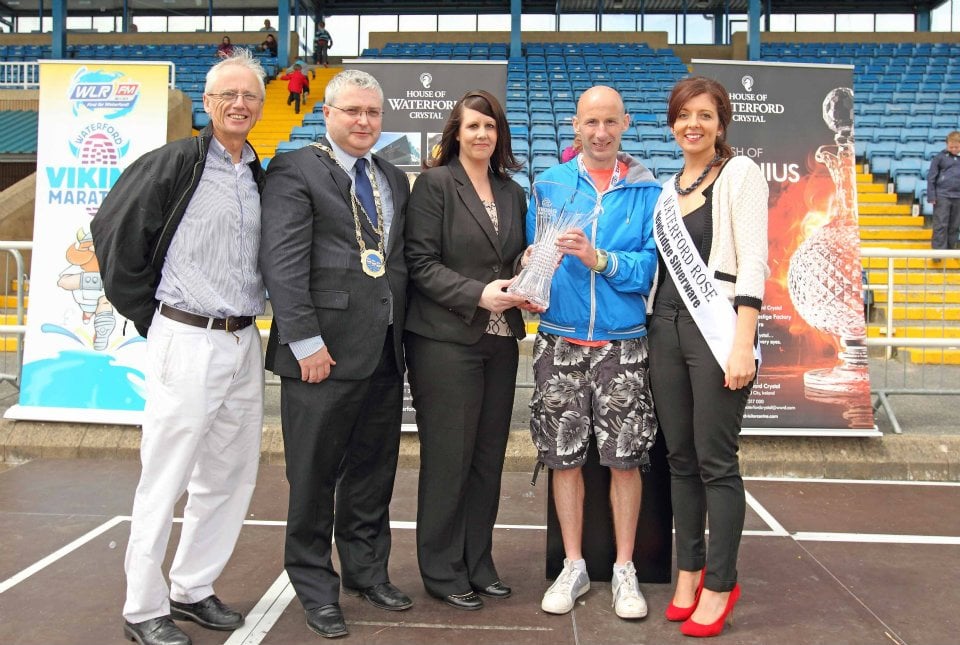 The marathon started in the centre of Waterford City, near the Bishop’s Palace and the House of Waterford Crystal, and proceeded to the nearby town of Tramore, after which it concluded at the RSC Stadium in Waterford. Over 1,700 runners participated in the event, with athletes from all over Ireland coming to the sunny South-East to take be a part of this memorable day.

Among the special guests that attended this inaugural event were the newly-appointed Mayor of Waterford, Cllr. Jim D’Arcy, and Waterford’s native, Silver Olympic Marathon Medallist John Tracey. An impressive 350 stewards lined the route and ensured the safe return of all involved.