Founded in 2010, the Irish America Hall of Fame honours the extraordinary achievements of Irish-American leaders, from their significant accomplishments and contributions to American society to the personal commitment to safeguarding their Irish heritage and the betterment of Ireland.

The Irish America Hall of Fame is centrepiece of the Dunbrody Famine Ship's new Emigration History Visitor Centre in New Ross, Co. Wexford. It was developed in collaboration with publishers Niall O’Dowd and Patricia Harty of Irish America Magazine. The exhibition celebrates the lives, works and achievements of noted Irish individuals such as, President John F. Kennedy and the Kennedys, Henry Ford, Donald Keough and President Clinton. 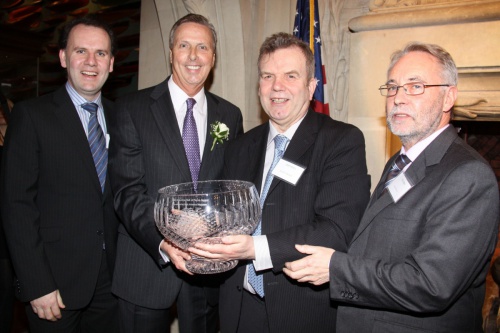