The House of Waterford Crystal has been named to be one of the finalists at the 2012 Retail Excellence Ireland Awards, which will determine the best retail store in Ireland of 2012. The President of Ireland, Michael D. Higgins, will attend and present awards at this year’s Retail Excellence Ireland Awards in partnership with Barclaycard. The black-tie dinner and awards ceremony will be hosted at the Radisson Blu Hotel, Galway on Saturday 3rd November. 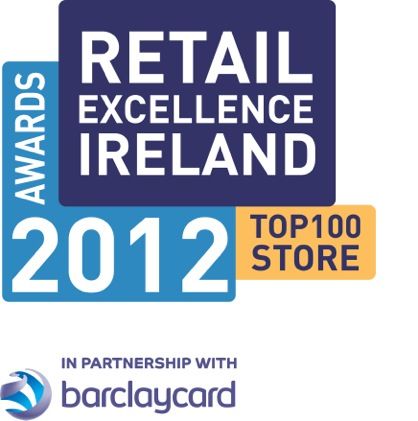 The House of Waterford Crystal Retail Store had previously been shortlisted in the Top 100 of the Retail Excellence Awards this year, before being recognized for its overall excellence and included in the final list.

The remaining Top 30 stores will now be divided into five different groups, based on the total square footage of the store. The winners of each group will contest for the main award of the year. The overall winner will be selected based on the reports data gathered, a review of store photography and in-store video recording evidence.

Established in 1997, this glittering awards programme is the largest event of the retail calendar and is admired for recognising the professionalism and flair of companies, stores, websites and individuals in the industry. Partnership with Independent News & Media ensures the best retail brands enjoy public acclamation of their investment in people, design and delivery of an innovative retail experience.