Staged in Waterford Castle Golf Club once again this September, the All-Ireland GAA Golf Challenge is the premier golf competition for Gaels both home and abroad with all profits raised this year going to the Waterford Hospice and the Alzheimer's Society.

Teams from Chicago, New York and the UK will once again compete this year, while a number of European teams will be invited to take part. A new one-day singles competition has also been added to the weekend due to the popularity of the event.

During the announcement, Uachtarán Chumann Luthchleas Gael, Liam O'Neill launched the new All-Ireland trophy, a Waterford Crystal replica of the Liam McCarthy Cup, which will be proudly presented to the winner of the event. The replica was handcrafted at the House of Waterford Crystals Manufacturing Facility on the Mall in Waterford.

Run on a purely volunteer basis with all profits going to the Waterford Hospice and the Alzheimer's Society, the All-Ireland GAA Golf Challenge is open to all GAA clubs who enter teams selected from their 2012 members. 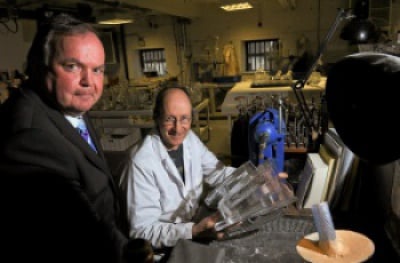