Leaving Cert pupils Eric Doyle and Mark Kelly - both 17 and from Synge Street CBS in Dublin 8 - took home the top prize for their study to help monitor satellites orbiting the earth more accurately.

They fought off competition from over 500 other projects to walk away with a cheque for 5-thousand euro, tickets to the London Olympic and Paralympic Games and the Waterford Crystal BT Perpetual trophy, - AND the opportunity to represent Ireland at the European Union Young Scientist competition in Bratislava in September. 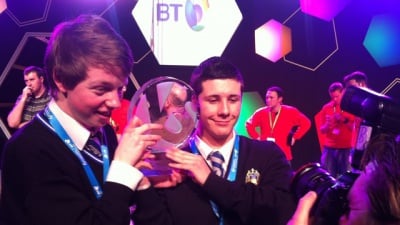